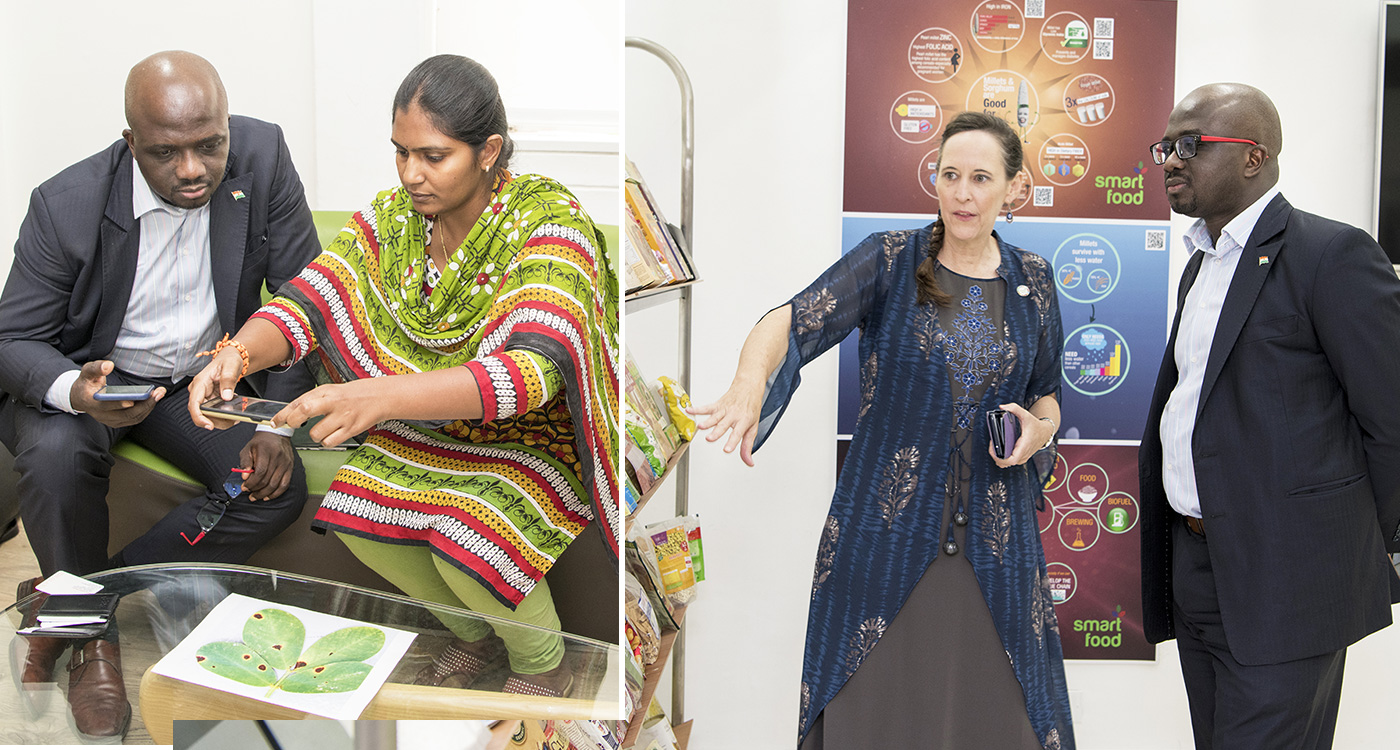 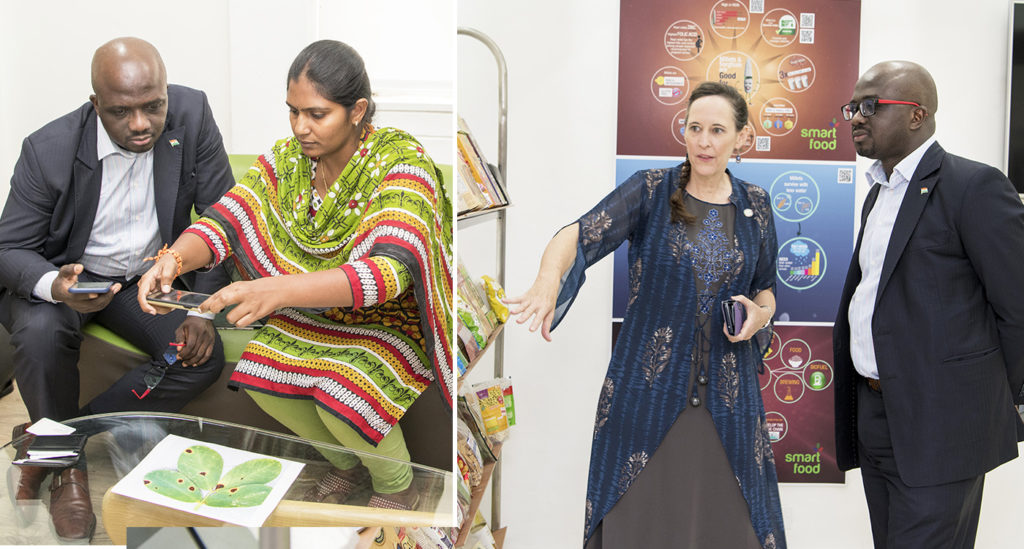 An innovation and technology city at ICRISAT’s Sadore facility in Niger was among the key plans highlighted by Mr Ibrahima Guimba-Saïdou, Minister – Special Advisor of the President of the Republic of Niger, during a visit to ICRISAT recently.

Niger is among the youngest nations in the world with two-thirds of its population under 25. Yet, we are still to fully utilize our human resource, said Mr Ibrahima Guimba-Saïdou, Minister – Special Advisor of the President of the Republic of Niger, during a visit to ICRISAT last week.

Mr Saïdou was addressing a gathering of development bankers at a workshop on digital agriculture and internet of things when he underscored the importance of youth for a nation’s development. On the sidelines of the event, Mr Saïdou outlined plans for boosting agriculture and engaging youth with digital technologies through setting up of an innovation and technology city at ICRISAT’s Sadore facility in Niger.

The innovation and technology city is being developed by the Government of Niger through its Agency for Information Society (ANSI), which is headed by Mr Saïdou. The facility is expected to have centers for key sectors including health, agriculture and education. An MOA for the establishment of the facility was signed between the Government of Niger and ICRISAT earlier this year. The facility will host small and medium enterprises and incubate start-ups.

During an interaction with entrepreneurs at ICRISAT’s ihub, Mr Saïdou stated that innovation is key to tackling some of the biggest challenges facing Niger. He expressed interest in the presentations made by the enterprises on the use of drones for agriculture, deploying AI-based image recognition for crop health and using mobile-based platforms to collect and collate farm data.