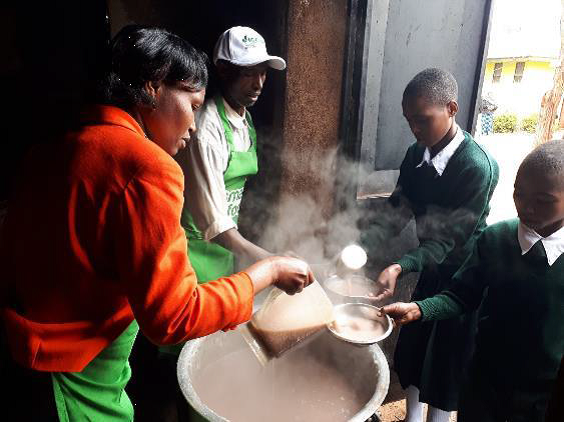 A study in Tanzania and Myanmar analyzed consumer acceptance of pigeonpea, millets and sorghum in a variety of forms in both rural and urban markets. The crops were trialed to diversify staples to improve nutrition and through modern convenience products to assess agribusiness potential. The study showed that when prepared in culturally sensitive ways, Smart Foods excited consumers and were significantly more nutritious.

High acceptability was shown through sensory evaluations by consumers in markets, at home and in schools as well as through retailer feedback during sessions with food service providers and through sales of products created. Economic viability testing in Tanzania also showed significant cost savings.

The market research was funded by the Innovation Exchange of the Australian Department of Foreign Affairs and Trade (DFAT) and undertaken by ICRISAT. DFAT and USAID had selected the Smart Food initiative as one of the top 10 global food innovations, aimed at diversifying staples across Asia and Africa. The initiative recognizes that by focusing on what may often be 70% of the plate, a larger impact can be made on health, environment and farmer welfare. The initiative does this with Smart Foods which are foods defined as good for you, the planet and the farmer.

DFAT suggested selecting an Asian and African country to test consumer acceptance of diversifying staples with Smart Foods. Subsequently, nutritional, economic and agricultural needs of Tanzania and Myanmar were assessed to select appropriate Smart Foods for testing. Rather than an academic survey approach, testing was undertaken through school feeding, sale of products in the markets and providing food to homes for determining family acceptance. A participatory approach was taken in designing the methodology and selecting products.

Following stakeholder consultations in Tanzania, pigeonpea, finger millet and sorghum testing in schools of Babati and Kondoa districts demonstrated high acceptance among the students. Composite flours for cakes, cookies, donuts, mandazi and porridge were promoted in restaurants and bakeries of Arusha, while the final products were promoted in retail stores. Results demonstrated a potential for urban market development with significant impact on the farmers’ livelihoods and nutritional status of consumers.

The study also identified value chain players, helped forge partnerships and engage with governments. The detailed results will be released soon and funding for scaling out will be sought.