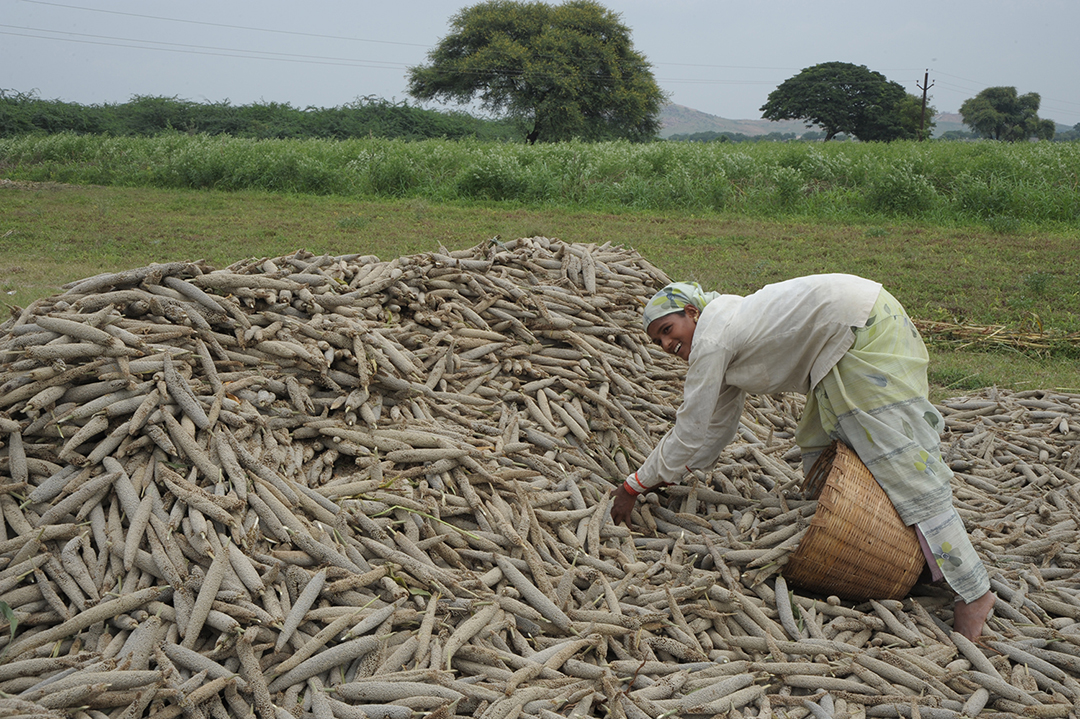 Hyderabad, India (13June 2016) —More than 180,000 households were reached with new technologies that increased the production of sorghum and millets by up to 150%, at the end of a six-year project to boost food security in the dryland areas of sub-Saharan Africa and South Asia. The final report for theHOPE project was recently completed  – the initiative supported by the Bill & Melinda Gates Foundation,was carried out by 50 partners led by the International Crops Research Institute for the Semi-Arid Tropics (ICRISAT) from 2009-2015.

The project spanned 11 countries with a focus on developing improved varieties and crop management practices that would help smallholder farmers increase productivity under harsh, dry production environments in many parts of sub-Saharan Africa and South Asia.

Some of the major milestones include:

“The project provided additional evidence that it is indeed possible to increase production of sorghum and millets in some of the most resource-poor areas of sub-Saharan Africa and India. Working with a number of national and regional research organizations, development partners, private sector, and farmers organizations, HOPE developed, promoted and diffused excellent technology packages that provide a 50% increase in net benefits, while enhancing the capacity of 11 partner countries on two continents,” said Dr Stefania Grando, Director – Science Quality and Strategy, ICRISAT, who led the project.

Each country had its own specific successful outputs:

The South Asia report indicated 7 pearl millet cultivars released by partners in India (3 each in the states of Rajasthan and Haryana and 1 in Gujarat). Also 220 kg of breeder seed of preferred open pollinated varieties were produced. The report also shows that seeds of 4 released sorghum varieties were distributed for cultivation over 10,180 hectares, involving 25,200 Indian farmers. In addition, identified farmer preferred pearl millet hybrids (9 for Rajasthan, 4 for Gujarat and 4 for Haryana) for dissemination.

The success has led to phase-2 of HOPE which had its launch recently in Ethiopia. There will be more focused attention on helping farmers in six sub-Saharan Africa countries – Burkina Faso, Mali, Nigeria, Tanzania, Ethiopia and Uganda, cope with the effects of drought, and reduce poverty, hunger and malnutrition. There will be a strong focus on further building the pipeline of improved varieties as well as strengthening the seed systems.

“Using integrated value chain interventions we were able to achieve our goals to help thousands of smallholder farmers in the harsh drylands of sub-Saharan Africa and four Indian states. Not only was the project able to deliver improved crop varieties but also increased farmers’ access to markets to buy what they need and to sell their produce at competitive market prices,” said Dr David Bergvinson, Director General of ICRISAT.

“Sorghum and pearl millet are major staple food crops in many countries of West and Central Africa. Several technologies including improved varieties of sorghum and pearl millet along with the associated crop management and agronomic practices were generated during the first phase of the project. During the second phase, intensification of research and development activities, and a more in-depth understanding and tackling of major obstacles to the uptake of these technologies will be explored for a wider scaling-up” saidDr Ramadjita Tabo, ICRISAT Regional Director West and Central Africa.

“Farmers access to improved varieties will be enhanced through a more effective and efficient national registration and release of varieties and seed legislation in the three project countries, namely Burkina Faso, Mali and Nigeria,” he added.

According to Dr Bergvinson; “The project has proved that with the right information, farmers are able to make more informed choices, which lead to increased incomes and improved livelihoods. Demand-driven research that empowers farmers to realize their full economic potential will be key in realizing the UN’s Sustainable Development Goals.”

The demand for dryland crops in sub-Saharan Africa and South Asia, such as sorghum and millets, is growing as a number of major global issues continue to impact the world’s food security. Trends include: extreme climate variabilities and increasing drought; the rise in global demand for livestock feed; the growing use of smart foods with high levels of iron, fiber and calcium for weaning children, nursing mothers, and the gluten intolerant; and an increasing global population requiring more food.

This grant is part of the Bill & Melinda Gates Foundation Agricultural Development initiative, which is working with a wide range of partners to provide millions of smallholder farmers in the developing world with tools and opportunities to boost their yields, increase their incomes, and build better lives for themselves and their families. The foundation is working to strengthen the entire agricultural value chain-from seeds and soil to farm management and market access-so that progress against hunger and poverty is sustainable over the long term.

HOPE stands for Harnessing Opportunities for Productivity Enhancement (HOPE) of Sorghum and Millets. The countries involved in the HOPE project are: Mali, Burkina Faso, Niger and Nigeria in West and Central Africa focused on increasing farm-level productivity of two staple crops of the region, sorghum and pearl millet; Eritrea, Ethiopia, Kenya, South Sudan, Tanzania and Uganda where sorghum and finger millet were the focus; and in India the focus was on raising the productivity of pearl millet in the states of Rajasthan, Haryana and Gujarat and improving post-rainy season sorghum in Maharashtra.