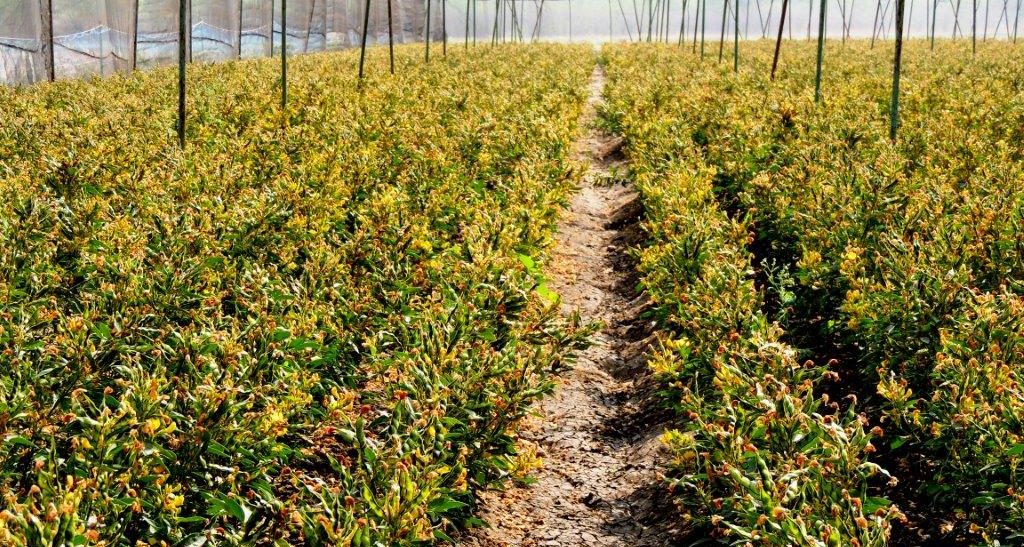 Pigeonpea in India has seen a change in its status from an orphan crop to a cash crop in the last few years thanks to its rising price. Its long maturity duration and low yield restrict its cultivation as a sole crop. Changing rainfall patterns, rise in annual temperatures and erratic climatic patterns together with the crop’s photo and thermo sensitivity have restricted its expansion to wider latitudes and altitudes. However, the crop’s potential to contribute to food security, nutrition, forage and income generation is indisputable.

As pigeonpea is mainly cultivated in rainfed areas, when sowing is done at the onset of monsoons and followed by a long dry spell, dry germinated seedlings compel resowing. When the crop is in its early vegetative stage in July-August, heavy rain in the short span leading to water-logging enhances the incidence of phytophthora blight. Sterility mosaic and fusarium wilt also cause low yields and major losses for the farmer. As a perennial crop, pigeonpea shows no synchronized maturity; so farmers have to harvest the crop manually, increasing cultivation cost.

These varieties have the potential to grow in diverse agro-ecologies given their photo and thermo insensitivity and ability to grow in a wider range of latitudes (300 N) and altitudes (1250 msl) like in Uttarakhand, Rajasthan, Odisha and Punjab. They have fixed growth habits, with high density planting (30×15 cms) that bring higher yields of up to 1-1.2 t/ha within 90-100 days. The super-early varieties are ideal for new production niches such as pigeonpea-wheat cropping systems, since they give sufficient time for land preparation and the subsequent wheat crop, which is not possible with traditional medium-duration varieties. The shorter life cycle helps it escape diseases, drought, and pod borer attack, if planted early in June and harvested before the occurrence of stresses. Introducing them in rice fallows on zero tillage not only generates additional income but saves irrigation water, improves soil health and productivity. Their determinate growth habit and short stature ensure synchronized maturity facilitating mechanical harvesting and at the same time ensuring timeliness of operations, better utilization of resources, reduced drudgery, and increased production.

Pigeonpea’s higher market price (US$ 100-150/100 kg) in recent years has attracted farmers from all over the country. With a rising demand for super-early pigeonpea varieties, trials of these new varieties were distributed for testing to State Agricultural Universities (SAUs) and Krishi Vigyan Kendras (KVKs) in Maharashtra during the 2016 cropping season. Based on their performance, they will be promoted on a larger scale.

The super-early varieties can be evaluated during all the three seasons, i.e. in the rainy season (kharif) in the non-traditional belt of western Maharashtra in sugarcane intercropping system, which will add nitrogen in the soil and partially help reduce heavy fertigation cost;  during the postrainy season (October) and off season (January).

Developing short-duration varieties have an added advantage. They can be grown in the postrainy season or during the off season with minimum inputs, providing additional income to farmers in dryland areas of India.