The Department of Agriculture is organising the ‘Organics & Millets 2018 – International Trade Fair. 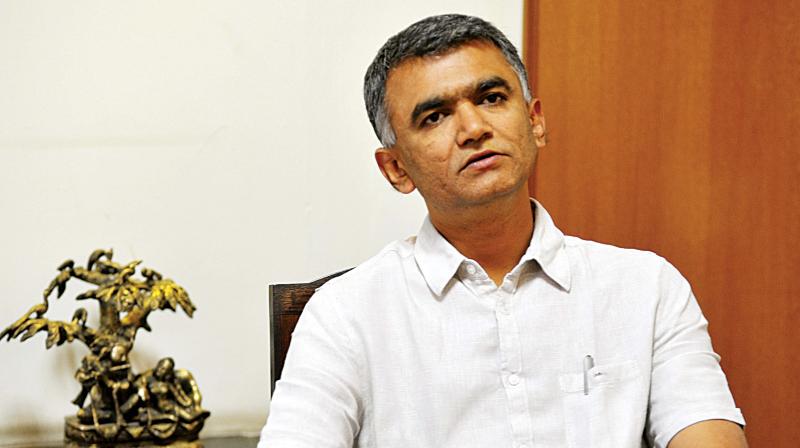 The world is searching for gen-next superfoods and healthy natural foods. (Photo: DC)

The world is searching for gen-next superfoods and healthy natural foods. The Department of Agriculture is organising the ‘Organics & Millets 2018 – International Trade Fair’, which will focus on opportunities in the millets segment, organic agriculture and horticulture produce, processing, marketing and exports.

Why is the state government promoting millets as the smart food?
Karnataka has been severely exposed to drought and even in the non-drought season, we had a severe water crisis as farmers dependent on rain received a very little rainfall. Millets can be grown by small and marginal farmers and the crops can withstand drought. Moreover, it is environmental friendly as it requires less water and fewer chemicals which result in less air pollution. It achieves multiple objectives which made us promote millets.

How will you create a demand for millets as it is imperative for farmers to get a good price?
For the past two years, we have spent our energy on awareness campaigns. We are working with the nutritionists, dieticians and chefs to raise awareness on organic foods. Social media was used extensively to promote the government’s initiative. This helped in creating the market. We now have over 300 millet stores and restaurants too are serving millet-based preparations.

How will you rate the government’s achievements in agriculture?
Ragi, jowar and bajra are grown in 18 lakh hectares which is expected to go up by 10% in the next year. Minor millets were grown in 20,000 hectares and due to the surge in demand, it has gone up to 42,000 hectares. Despite drought, agriculture is better this year. Karnataka now is the biggest centre for millets.

You are planning to introduce millets in Indira Canteens too. When is that happening?
We are in talks with the BBMP to promote some millet-based products. We even want to introduce it in mid-day meals and have it in the public distribution system to a limited scheme which we are trying to increase.

Will the promotion of millets continue if the Congress retains power in the state in the next election or not?
I think so. This is in public interest and institutions like Indian Institute of Millets and M.S. Swaminathan Research Foundation are working with us. On our request, the Union government has requested the United Nations to declare an International Millets Year. Even the Prime Minister has spoken about it. In the state, the project has got a positive response from all political parties.

The IISc research says there is a large amount of metal content in vegetables grown downstream of Bellandur. What is the agriculture department doing about it?
KSPCB and water resources department are there look into it as it does not come under our purview. The government is genuinely concerned about the issue. The answer to controlling the sewage entering the lake is Sewage Treatment Plants (STP) and the government will spend more.