Taking production and nutrition technologies to the next level by scaling out in Tanzania – ICRISAT
SCIENTIFIC INFORMATION BY:
Topics
Crops
Location
Systems
Resources 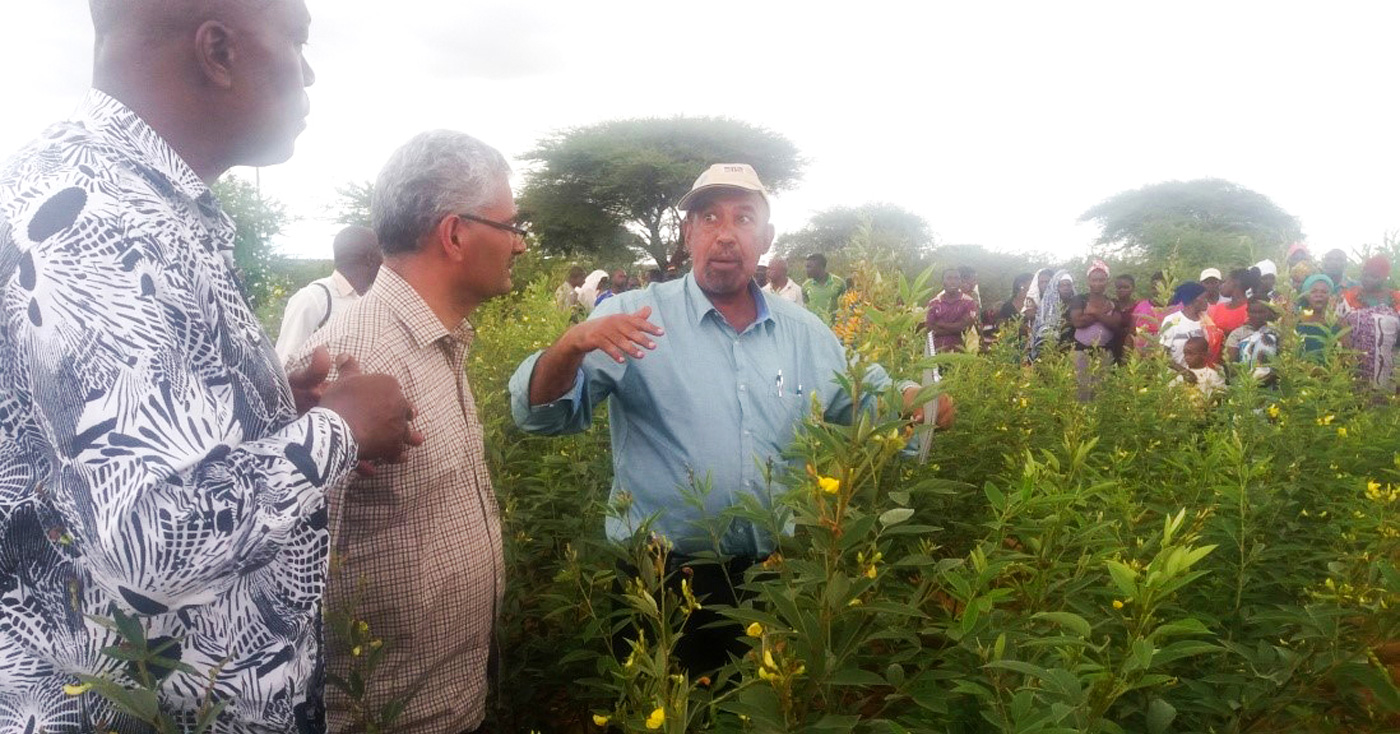 In Tanzania, science-backed agricultural technologies are being scaled out to more farmers and communities so that the benefits of these innovations – increased farm productivity and improved nutrition – reach greater numbers of disadvantaged poor. The ICRISAT-led Africa RISING project: Transforming Key Production Systems: Maize Mixed East and Southern Africa is currently implementing agricultural technologies such as the use of improved crop varieties (up to 120% higher yields), water and soil management techniques, cropping systems and development of nutritious supplementary foods for children. These technologies were developed through participatory research as well as innovation platforms and have already demonstrated significant impacts.

Increasing agricultural productivity: Iringa region has poorly distributed rainfall (< 500 mm per annum). The introduction of dryland crops such as pearl millet, sorghum, pigeonpea and groundnut could alleviate the food and nutrition insecurity in the area. An ICRISAT-led project team recently visited Ms Lucy Nyalu, Head of the Department, District Agriculture and Fisheries Office, Iringa, to discuss strategies for scaling out the technologies developed by the scientists. The project scaling out was carried out in Isimani ward in Iringa, with a ‘mother plot’ showcasing the new crop varieties and production technologies. Improved varieties of pigeonpea (ICEAP 00040; MALI) and sorghum (Kari Mtama) were provided to 33 farmers. The farmers as well as scientists are hopeful of a better yield this year than in the previous year.

Enhancing nutrition in children: In an earlier study in rural Tanzania, a group of nutritionists led by ICRISAT scientists had studied the effects of supplementing the diets of children, aged five years or younger, with a nourishing porridge. This special food included various food groups – pigeonpea (legume), finger millet (cereal), carrot (vitamin A-rich vegetable) and amaranth (green leafy vegetable). Compared to an earlier diet consisting almost solely of poor quality maize, which would often be contaminated with aflatoxin, this diet had improved the weight and mid upper arm circumference (MUAC) of the children within 21 days.

In the current Phase II of this highly successful project, more women in Kongwa and Kiteto regions of Tanzania were trained in preparing the porridge and were also introduced to innovative techniques such as growing the porridge vegetables in sacks for better utilization of space, and using recycled water to irrigate the plants. During a recent field day in Mlali, the nutrition stand attracted a lot of interest and queries, with parents of young children wanting to know about the health benefits of the nutritious food. They were keen on adopting the multi-food group porridge upon discovering that all its ingredients were locally available. Notably, 1062 women and men farmers attended the field day.

With the increase in the number of farmers voluntarily adopting these interventions, scientists expect to see a rise in farm outputs and financial and nutritional benefits for farmers and their families.

More on on our work in Tanzania

More on our work in nutrition