Talking nutrition with adolescents in tribal regions of Telangana – ICRISAT 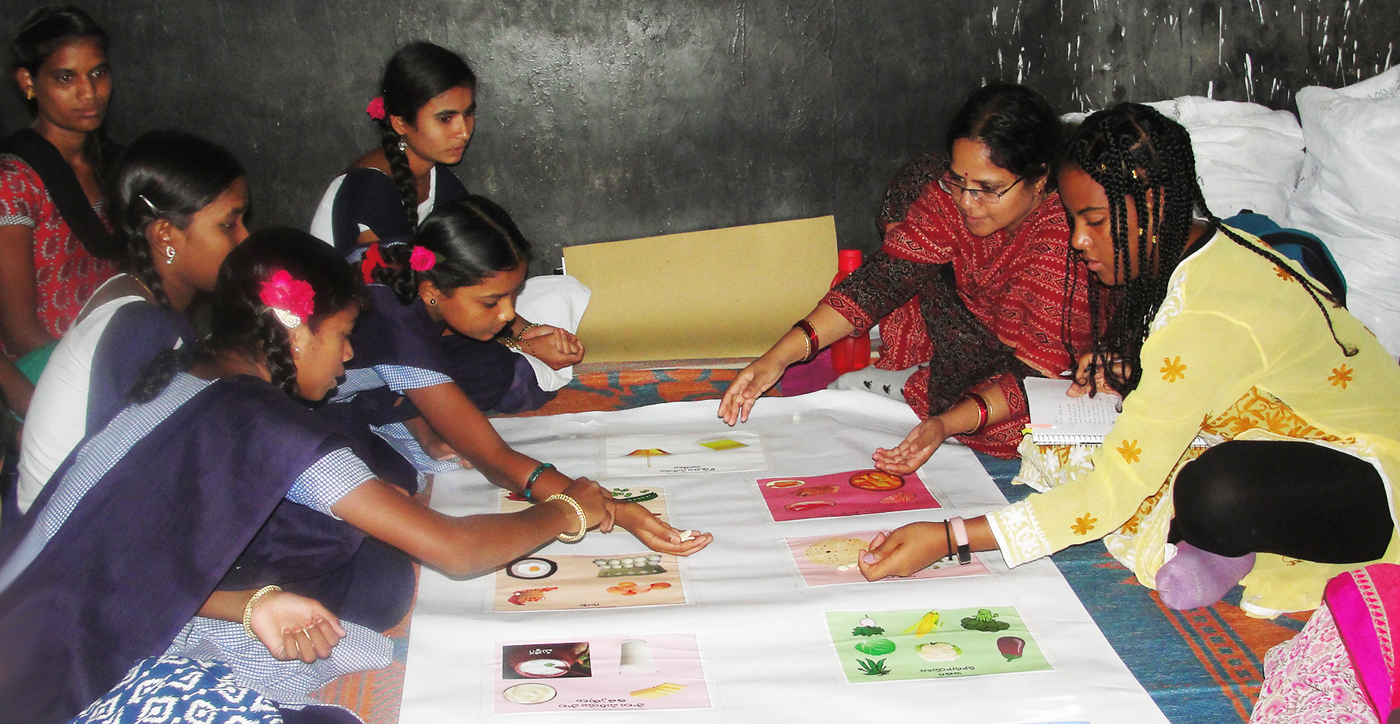 On World Tribal Day (August 9), we examine the importance of nutrition messaging in staving off debilitating malnutrition India’s tribal population is generally at risk of malnutrition owing to its dependence on primitive agricultural practices, poverty, illiteracy, and poor personal and environmental hygienic practices. Lack of access to healthcare, poor communication, traditional beliefs and customs aggravate the situation. Our conversations with adolescents belonging to the Gond tribes from the erstwhile Adilabad district, in Telangana, have focused on nutrition outcomes, common dietary habits, and understanding nutrition and health behavior. Adolescence is a nutritionally crucial period, when dramatic increases in physical growth and development put greater pressure on the need for nutrients. In fact, call it a second opportunity to catch up on growth that will determine the rest of one’s adult life. So what is the level of nutrition knowledge and practices among tribal adolescents and how willing are they to participate in enhancing them?

A baseline survey conducted as part of the “Nutri-Food Basket” project implemented by ICRISAT in partnership mode and funded by the Government of Telangana and National Rural Health Mission, collected information on 16 villages, 79 anganwadi centers (rural mother & child care centres) and 1710 households in Utnoor mandal (administrative unit), where about 70% of the adolescent girls were underweight and 40% were anaemic. Following established protocols, discussions with them revealed that both boys and girls lack basic awareness about food, nutrition health and overall well-being. When asked which foods contained energy, vitamins or proteins, none of the adolescents who participated in the focus group discussions (FGDs) were able to properly categorize the different foods according to their nutrients. The discussions also gave us an insight into the changed dietary preferences of people living in the tribal areas of Adilabad district. The supply of subsidized rice through the Public Distribution System (PDS) has led to a shift in consumption from highly nutritious millets to rice, which could also be attributed to a shift in cropping pattern from subsistence to commercial crops. Hardship in hand processing of millets, coupled with the absence of millet processors, and psychological factors such as the status associated with consuming rice over millets have led to a decrease in food diversity. Where a decade ago not much of outside or packaged food was consumed, now they are more commonly eaten by young children and adolescents, especially boys.

The FGDs and individual interviews conducted revealed the lacunae in nutrition knowledge among adolescents, their parents and their anganwadi teachers. The data collected reinforced the fact that lack of knowledge about nutrition was a reason for the prevalence of malnutrition in the area. Affordability also came up many times as a barrier to eating a diverse diet. While nutritional messaging may not directly affect the issue of affordability, creating awareness will make nutrition a priority for families once they are in a position of financial stability. Interviewing a science teacher at the Lakkaram school in Adilabad. Photo: ICRISAT

A pilot exercise was conducted to explore how nutrition messages on dietary diversity can be conveyed to increase the understanding of nutrition, especially among adolescents. Dietary diversity was selected as the topic since the results of the Nutri-Food basket baseline data had revealed low diet diversity scores, low hemoglobin levels as well as the prevalence of being underweight. The adolescents were given information pamphlets combining text and pictures for ease of visualization by all age groups. Given that folklore and oral traditions are popular in these tribal villages, they got to listen to a folksong with a nutrition message. Feedback was sought on their understanding of the message and the preferred communication method. We suggest the use of a combination of communication materials that include visually appealing posters, pamphlets, songs, folk dances and others to spread the message of good nutrition as well as attention to the placement, timing and frequency of dissemination.

These activities underlined the need to promote nutrition literacy and behavior change campaigns targeted at women, young children and adolescents in the tribal regions. Adolescent girls and boys should be given special emphasis and receive targeted interventions including new knowledge. Then knowledge could truly be power!

This activity is part of the CGIAR Research Program on Grain Legumes and Dryland Cereals (GLDC). Adolescents with the pamphlet. Photo: ICRISAT