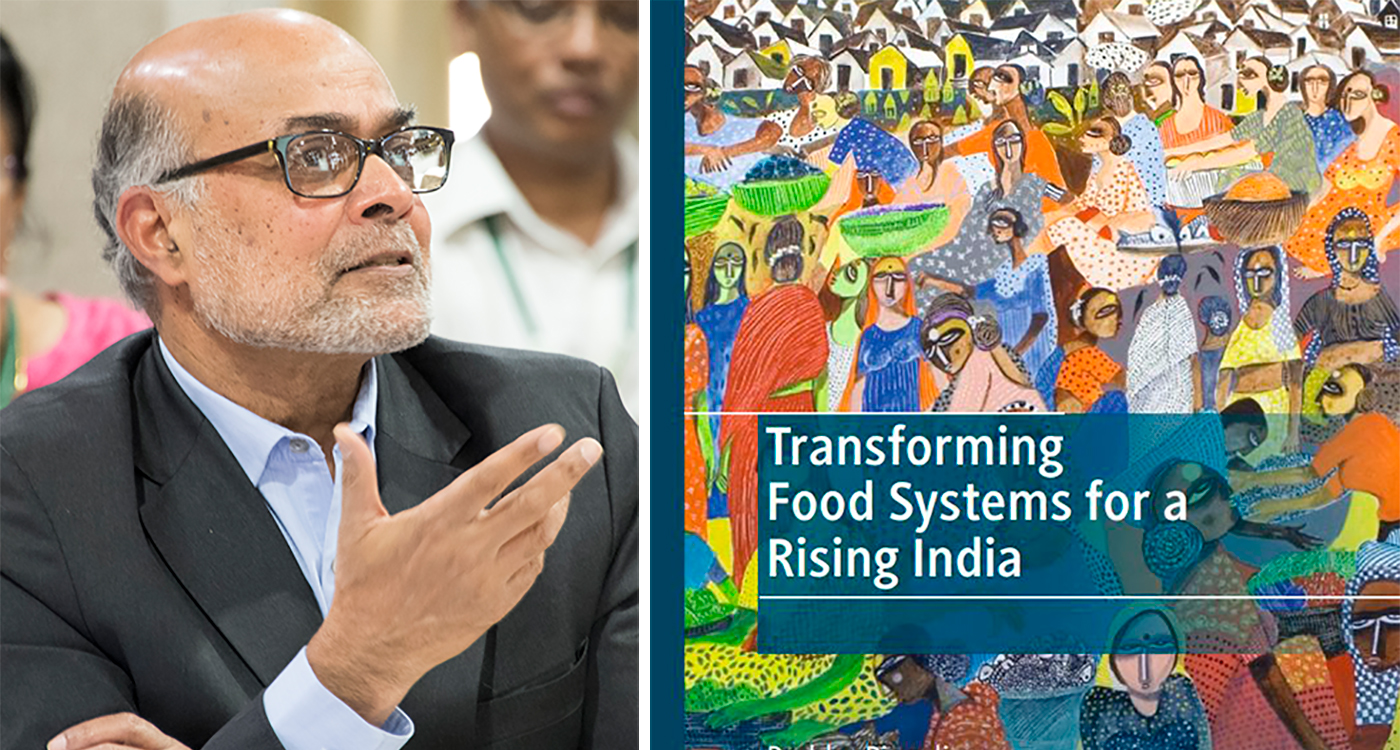 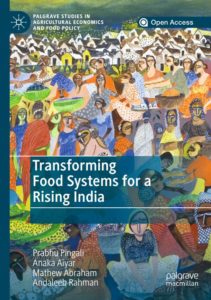 Prof Prabhu Pingali, Independent Governing Board Member of ICRISAT and his recent book on “Transforming Food Systems for a Rising India.”

India doubled its ‘over-nutrition’ prevalence rate over the past 10 years, even as it housed the largest number of people with malnutrition. These and many such paradoxes and dilemmas are addressed in a recent book on “Transforming Food Systems for a Rising India.”

The book advocates an approach that looks at nutrition through a ‘food systems’ lens and provides 10 tangible ways to effect this transformation. The book is authored by Prof Prabhu Pingali, Director, Tata-Cornell Institute for Agriculture and Nutrition (TCI) and member of ICRISAT’s Governing Board along with authors from TCI, Mathew Abraham Anaka Aiyar, and Andaleeb Rahman. The book, published by Palgrave Macmillan, brings together six years of work and thinking at the institution.

“While India has been extremely successful in addressing calorie hunger, especially through rice and wheat, high levels of malnutrition and improved access to micronutrient-rich food and vitamin-rich food, the shift from calorie dense to nutrition dense has been a challenge. This book tries to look at how we transform the existing food systems – from staple grains to more diversified diets with higher nutrient values,” says Prof Pingali. 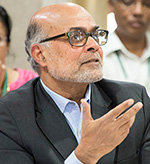 This book provides a detailed assessment of the major paradoxes of the Indian growth story, one in which we see the simultaneous existence of regional inequality, rural and urban food insecurity, intractable malnutrition problems and the growing incidence of overweight and obesity. We examine the nexus of economic development, agricultural production and nutrition through the lens of a “Food Systems Approach (FSA)”. Central to our vision for a robust food system is a future where nutrition-secure individuals have the capability and the opportunity to improve their health through greater access to a balanced and healthy diet.

In the context of changing diets, the book also looks at economic growth as a determinant of changing diets and possible responses triggered from the supply side as well. It also looks at linking smallholder farmers into value chains, making them more commercially connected, not just with access to more nutritious food but also increased household income and agency.

The key takeaways of the book include meeting the changing urban demands for food, need to focus on food system diversity, crop diversification for improved income and food diversity, technology to promote diverse food systems, focusing on the disproportionate impact of climate change on non-staples and multi-pronged policies including on behavior change for improved diets.

Prof Pingali also emphasized the need to recognize that “India is not homogenous but so many different countries in one place because there is diversity at the state level. Also, while some states are growing rapidly like South East Asia, others are lagging behind with per capita similar to low-income countries in Africa. So progressive states are seeing obesity, while lagging states are seeing micronutrient malnutrition. Food system transformation can address both.”

The open access book released globally at TCI and at IFPRI is also set for an India release later this year. Also planned is advocacy around different policy changes that need to take place to make this transformation a reality, both at the local level as well as the national.