Non-communicable diseases like diabetes and gluten allergies are on the rise. But can this indigenous grain pave the way to a healthier future? 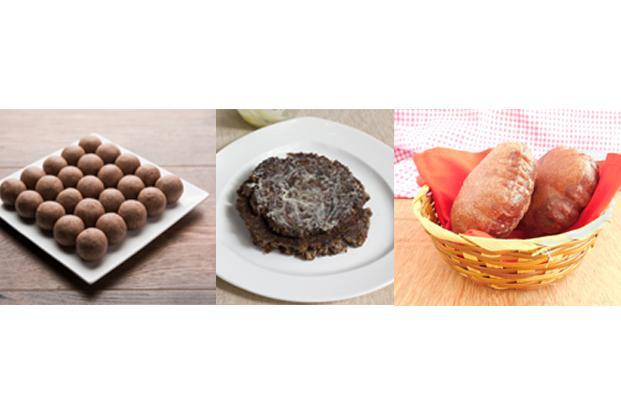 In 2015, Mumbai-based engineer Anand Padiyar was diagnosed with diabetes. His doctor suggested switching from rice to millets. Since then, Padiyar has gradually shifted towards ragi mudde (balls), rotis and bajra porridge. “Ragi mudde coupled with rasam or sambhar and spicy pickle was the staple diet for many south Indian families for ages,” he says. “Now I have it for dinner. At first there was definitely a huge difference in my blood sugar count. But now it helps me maintain it and keep it in control with regular consumption (of other grains).”

A group of small-seeded plants that have been consumed for centuries in the subcontinent, millets have recently captured the imagination of conscious eaters around the globe. India, the largest producer of millets in the world, is celebrating 2018 as the National Year of Millets. In August, Ashok Dalwai, CEO of the National Rainfed Area Authority, announced the launch of the India Millet Mission, a nationwide campaign to promote nutri-cereals under the aegis of the Union agriculture ministry. These efforts are in tandem with the rising popularity of millets in the food and restaurant industry—be it well-known variants like ragi (finger millet), sorghum and bajra (pearl millet), or lesser-known types like barnyard, kodo, proso and foxtail millets.

Millets are eco-friendly, ideal for arid land cultivation and drought-like conditions, and their low-intensity cultivation methods are beneficial for smallholder farms. For most consumers, however, the switch to millets is motivated by health. “Millets have always been part of our diet for centuries, but we have not been exposed to it for over a generation,” says Priyanka Rohatgi, chief nutritionist at Apollo Hospitals. “We are facing various afflictions now, ranging from gluten allergies and gut intolerance to diabetes. Millets, in their unrefined forms, are rich in micro-nutrients and may help alleviate these issues.”

Doctors increasingly recommend that diabetic patients switch to millets to control blood sugar levels. “Epidemiological studies show that diets rich in plant foods, including whole grains, protect us against non-communicable diseases like diabetes, cancer and cardiovascular diseases, due to the protective effects of phytonutrients,” says Dayakar Rao, principal scientist at the Hyderabad-based Indian Institute of Millets Research. “It is well recognized that the incidence of diabetes mellitus (the scientific name for diabetes) and gastro-intestinal tract-related disorders are minimal among the population using these grains as staple food.”

The rediscovery of millets comes at a time when Indian consumers, especially in urban areas, are battling a long list of lifestyle afflictions. According to a 2017 joint report published by the Indian Council of Medical Research, Public Health Foundation of India, and the Institute for Health Metrics and Evaluation, diabetes is one of the leading non-communicable diseases in India, with an 80% increase in its DALY rate (summary measure of the health loss burden caused by different conditions), from 1990-2016. There are also concerns about cardiovascular health and increasing instances of celiac disease and gluten-sensitivity.

In the last 50 years, grains like rice and wheat have become integral to meals across the world. In India, the Green Revolution tackled the food crisis by ramping-up rice and wheat production. One of the major side-effects was that millets fell out of use. With the gluten-free movement gaining momentum in the West, alternatives like quinoa, a South American flowering plant now grown as a grain crop, and teff, which originates in East Africa, have gained in popularity. Millets, however, are indigenous to India, making them more accessible and cost-effective.

Millets have a lower glycaemic index compared to rice, meaning the grains are digested and absorbed by the body slowly, lowering the blood glucose and insulin levels. Millets are also gluten-free, which means they can be used in place of wheat flour in rotis and baked products.

Additionally, millets are also high on antioxidants. According to the International Crops Research Institute for the Semi-Arid Tropics, which works to promote millets and pulses in Africa and Asia, bajra contains the highest folic acid among cereals (46 mcg/100g) while ragi contains three times the calcium content of milk (340mg/100g).

Millets cook up a storm

Traditionally, millets were consumed in small quantities, in traditional meals like Karnataka’s ragi mudde or Uttarakhand’s barnyard millet kheer, or in local beverages like Sikkimese chhang, which is made with ragi. Today, one finds these grains on restaurant menus and packaged fast foods. In Bengaluru, food delivery start-up Freshmenu collaborated with the government of Karnataka to start a campaign this year, with a millet-based menu, including soups and continental meals. Indian fine-dining restaurant Punjab Grill is launching a limited-period menu this month with recipes like jwaar aur tamatar cheela (a kind of fried pancake) and ragi da halwa.

In Delhi, millets have been a perennial fixture on the menu of Annamaya, the all-day café in Andaz Delhi. “When we started the restaurant, I wanted to do something out of the Big 4 (rice, wheat, maize and soy) and focus on Indian grains,” says chef Balpreet Singh, director of culinary operations at the hotel. In one and a half years, the number of millet dishes on the restaurant’s menu has increased. “It’s important for us to educate our clientele about the health benefits of these millets. Also, as chefs, we must learn more about what millets are and how best to use each of the varieties.”

Retailers and brands specializing in whole grain and packaged foods are also incorporating millets in their recipes. There are specialized stores that promote millets—find jowar popcorn and a foxtail millet upma mix in Noida-based Millets for Health, or millet cakes and ready-to-eat mixes at Kaulige Foods in Bengaluru.

Positioning millets as a new-age superfood can be both profitable and risky. Even consumers aware of the health benefits face challenges in using it regularly.

“Consumers often find it challenging to integrate (millets) in meals as they are unaware of how to cook it, and also find it to be expensive when compared to rice or wheat, says Vikram Sankaranarayanan, founder and director of SanLak Agro Industries Pvt. Ltd, a Bengaluru-based agro-company that works with millet farmers. “The sensory elements of millets are poor when compared to rice and wheat, with millets being quite unpopular with the youth. Parents often say that they stop integrating millets into meals due to resistance from their children.”

Supply constraints and lack of steady supply of the ingredients also prove to be hindrances. “Minor and major millets are available in most of the metropolitan cities of south India, but only sporadically in tier 2 or 3 cities,” Sankaranarayanan says. “Retailers often say that the product does not sell in financially sustainable volumes.” While value-added products like cereals and snacks are doing well, their processing can lead to a loss of the inherent nutritional values of millets.

Reintegrating millets in the everyday diet requires greater awareness among consumers. Without a nationwide food policy, it is up to state governments to take up the onus of popularizing millets. The Karnataka government has been at the forefront of millet promotion in the country—since 2017, the state department of agriculture has been organizing an annual Organics & Millets International Trade Fair, which includes business conferences and exhibitions, food demonstrations and millet-tasting sessions, and strategic awareness campaigns in association with medical experts.

“One of the primary goals is spreading awareness amidst the public health departments of states and other medical authorities,” says Sankaranarayanan.

But for the movement to sustain itself, consumer awareness of its health benefits and demand for millet-based products is crucial. According to Dr Rohatgi, the solution lies in greater dissemination of knowledge on the benefits of millets. “Completely replacing rice and wheat with millets may not be in the best interest—replace 50% of your diet with millets, and add a lot of vegetable and pulses. Take small steps towards a balanced diet and take it from there.”