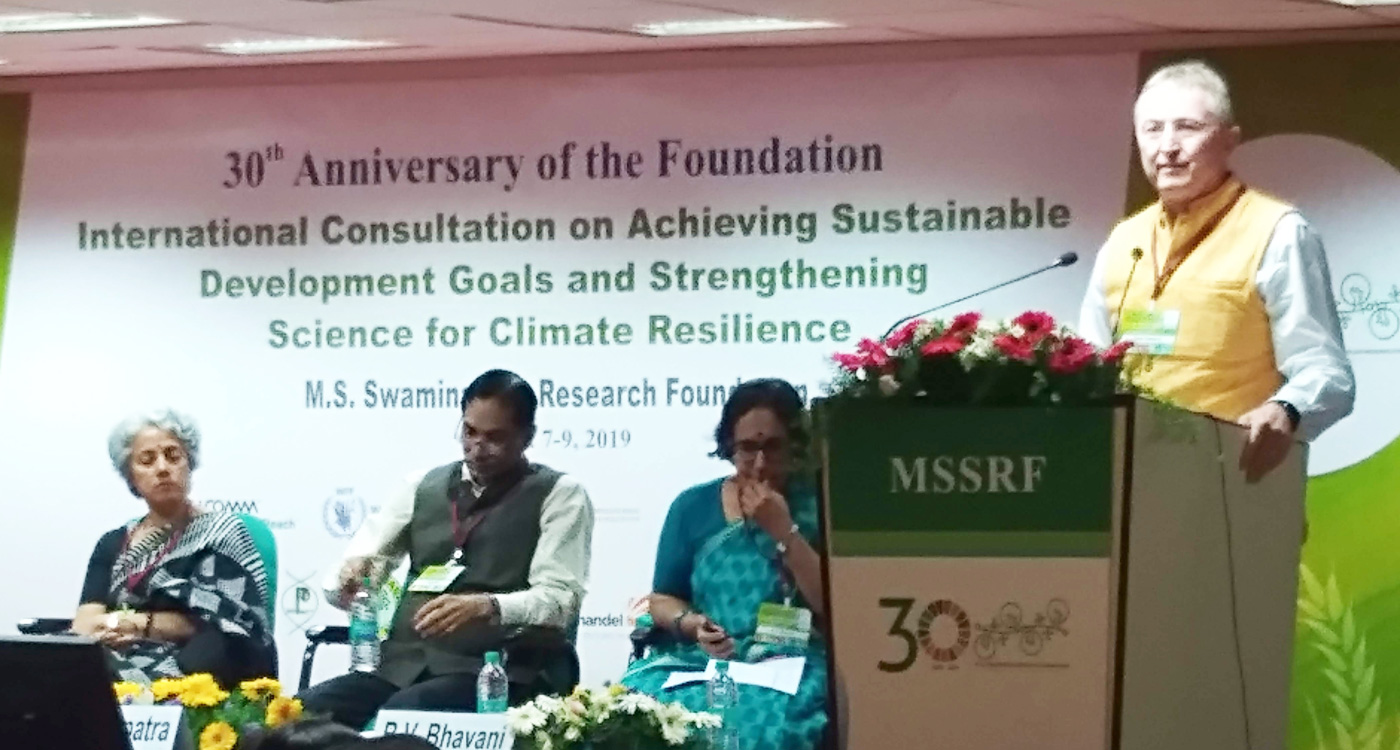 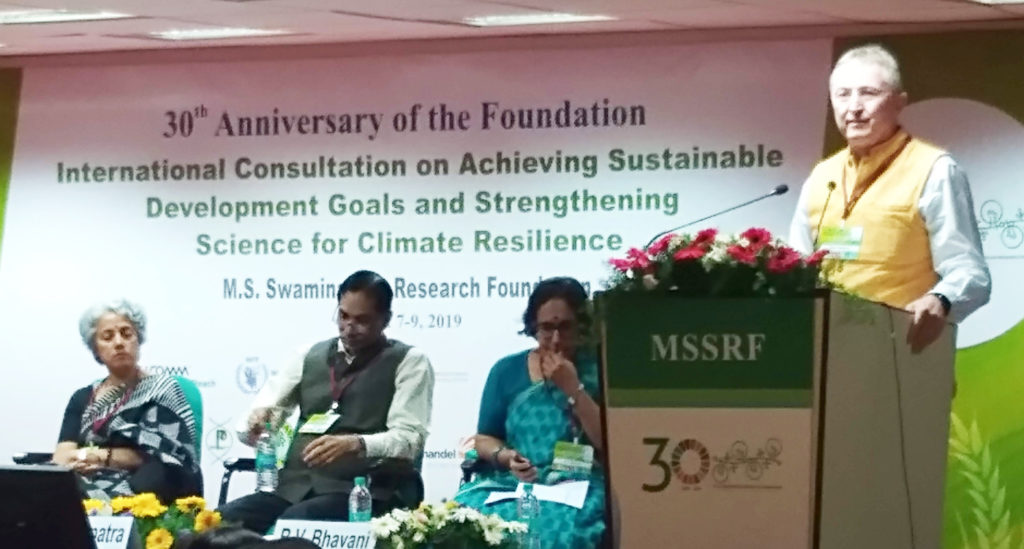 Dr Carberry delivering the keynote address at the gathering of global researchers and practitioners. Photo: ICRISAT

Leaving doomsday predictions and grim pictures of the world behind is important to make a difference to agriculture research in the world, said Dr Peter S Carberry, Director General ICRISAT. Delivering the keynote address on agriculture ‘feeding the world or an environmental concern’ at a gathering of global researchers and practitioners, he emphasized that there had been significant contribution by research to farmers across the world.

However, the challenges remain. Dr Carberry quoted the study of a large farmer in Australia, who had access to all possible resources, but his farm income over 20 years still fluctuated, recording losses on several occasions. This was why research has to move beyond just providing solutions and assuming that they would help solve problems. He summarized that there is need to make the narrative of agriculture positive and focus on the immense potential of agriculture research.

These remarks were made during a keynote address in August at the conference on ‘Achieving Sustainable Development Goals and Strengthening Science of Climate Resilience’ at the 30th Foundation Day of the M S Swaminathan Research Foundation. Dr Soumya Swaminathan, Deputy Director General and Chief Scientist, World Health Organization, spoke of the need to focus on linkages between agriculture, nutrition and health. Dr Kundhavi Kadiresan, Assistant Director-General and Food and Agriculture Organization’s (FAO) Regional Representative for Asia, emphasized on more sustainable agricultural practices to preserve biodiversity along with enhancing food production.

Dr Trilochan Mohapatra, Director General, Indian Council of Agricultural Research and Vice-Chair, ICRISAT Governing Board, shared the scale of impact that agriculture research in India was having – both in terms of technologies developed as well as adoption.

Prof Bruce Alberts, University of California and former President, National Academy of Sciences, spoke of the need to bridge research and education for better agriculture practice. The event also celebrated the birthday of Prof M S Swaminathan, agriculture scientist, who noted the importance of conserving genetic resources, especially in the context of climate change.