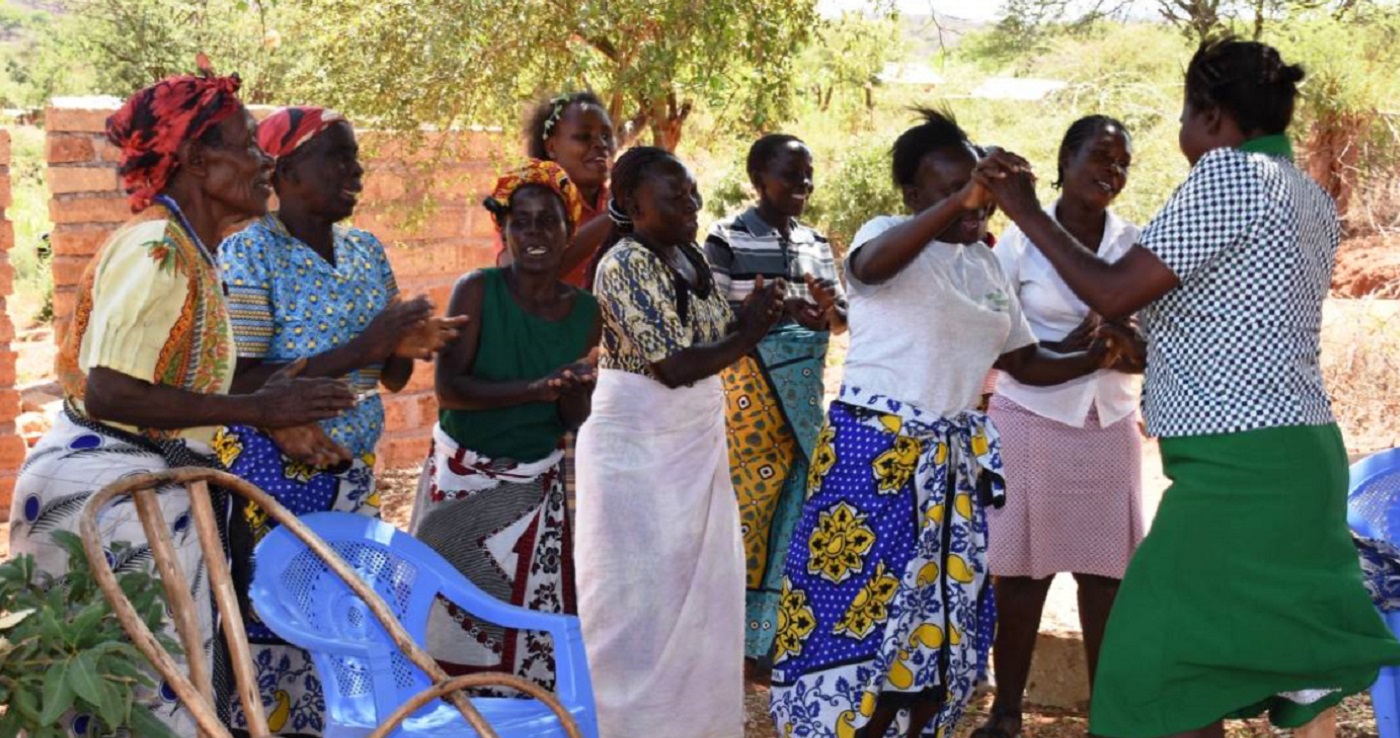 How do you switch back to more nutritious and climate smart food? Making it fun can help 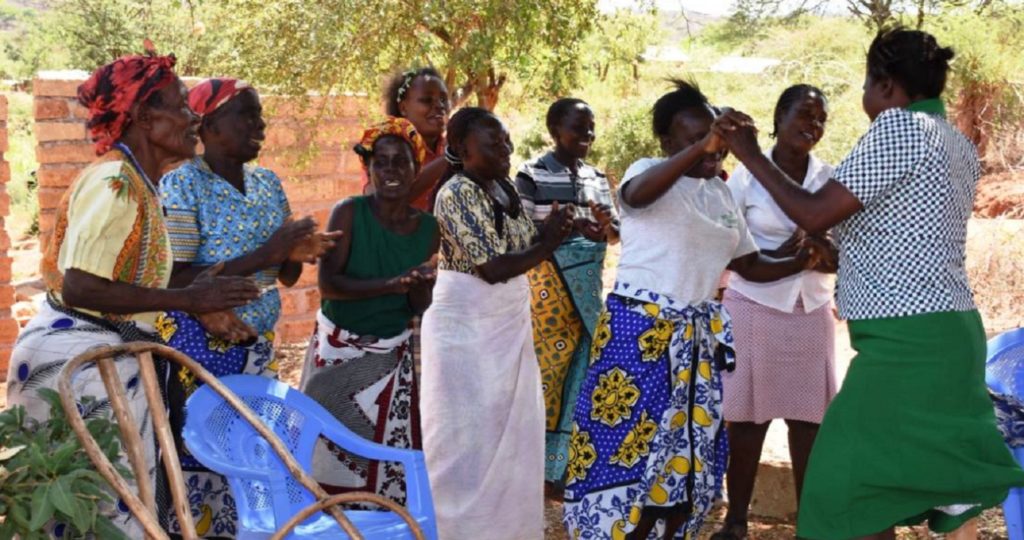 A group of women who are leading a push back to traditional grains dance in Marimanti ward of Kenya’s Tharaka Nithi county. Photo: Eleanor Manyasa, ICRISAT

Mary Kathini pulls me into a hug and, with a high-five, sits me down in the shade amid makeshift seats of rocks and tree stumps. Under the harsh equatorial sun of Ntunjia village, this is a warm welcome that brings cheerful hopes and much conversation.

As you soak in the chatter and the enthusiasm, the women – into whose circle I am grateful to be included – point to Mary to answer most of the questions. “She’s our leader” they say – but they make sure their views are also heard every now and then.

About a year ago, this group of women in Marimanti ward of Kenya’s Tharaka Nithi County began to change things for themselves and the rest of their community. It started with an awareness program by the International Crops Research Institute for the Semi-Arid Tropics (ICRISAT) to help them learn more about nutritious – and climate change resistant – foods through training programs and sharing of recipes.

The women also caught the catchy tagline ‘good for you, the planet and the farmer’ – a reference to ‘Smart Food’ including their traditional grains that have more recently been replaced by other crops.

The awareness campaign has included cookery sessions to help share traditional grain recipes, and a ‘photo voice’ effort to help women document what they are eating and analyze the nutrition of each meal.

As farmers, they learned how changes in their agricultural practices away from sorghum and millet were not necessarily good. Those include ugali, a starchy mash usually from maize flour, and the more recent but increasingly popular chapatis (a round, flattened form of wheat bread).

The women analyzed what they were consuming within the family and learned of the nutrition in traditional foods. There had been a time when sorghum and pearl millet were regularly eaten, though people had moved away from these foods.

The market too has dictated what is consumed in the household. Millet are bought and sold at one-fourth the price of crops like maize or wheat. As farmers and producers, it meant less profit to cultivate sorghum or millet.

With limited opportunity to aggregate and sell collectively, growing millet is less lucrative. The higher priced rice and wheat were being bought from the market since they seemed more ‘attractive’ as foods that everyone was eating.

This too is something these women are now trying to change.

“We started by creating the change among ourselves first,” says Mary. “That is the way it should be. When we learned about nutrition in sorghum and millet and how they are better for us and for our children, we made an effort to change what we were producing as farmers, cooking or even buying and selling in the market.”

The process was not easy, however. “We know how to make it interesting for people,” laughs Purity Karimi. “And we use music and songs to tell them about the importance of nutrition. Since we had already set an example with our own habits, they did take us seriously.”

Asked what songs worked, the women jumped up spontaneously to demonstrate, breaking into a zesty tune.

“Your old food is good” they sang in the Tharaka language, “Eat nutritious food that is better for you.”

To the treat of music was added an impromptu dance of cheerful fellowship. As the sounds of laughter and claps rang out through the little road, passers-by stopped to get a taste of this ‘edutainment’.

The group of 25 women has started the process to formally register their group with the name ‘Mwireri’ that loosely translates to ‘Better Nutrition’. As ICRISAT Communications Officer Eleanor Manyasa hands out aprons as part of the ‘Smart Food’ campaign, the women don them with excitement and new ideas.

Says Mary, “We want to market our own millet as a group, so we can actually get better income. No one else is doing that now.” Even as this idea is still unfolding they begin to chatter excitedly about another new idea to set up a ‘Smart Food’ stall in their village – dishing out the new recipes they have learned.