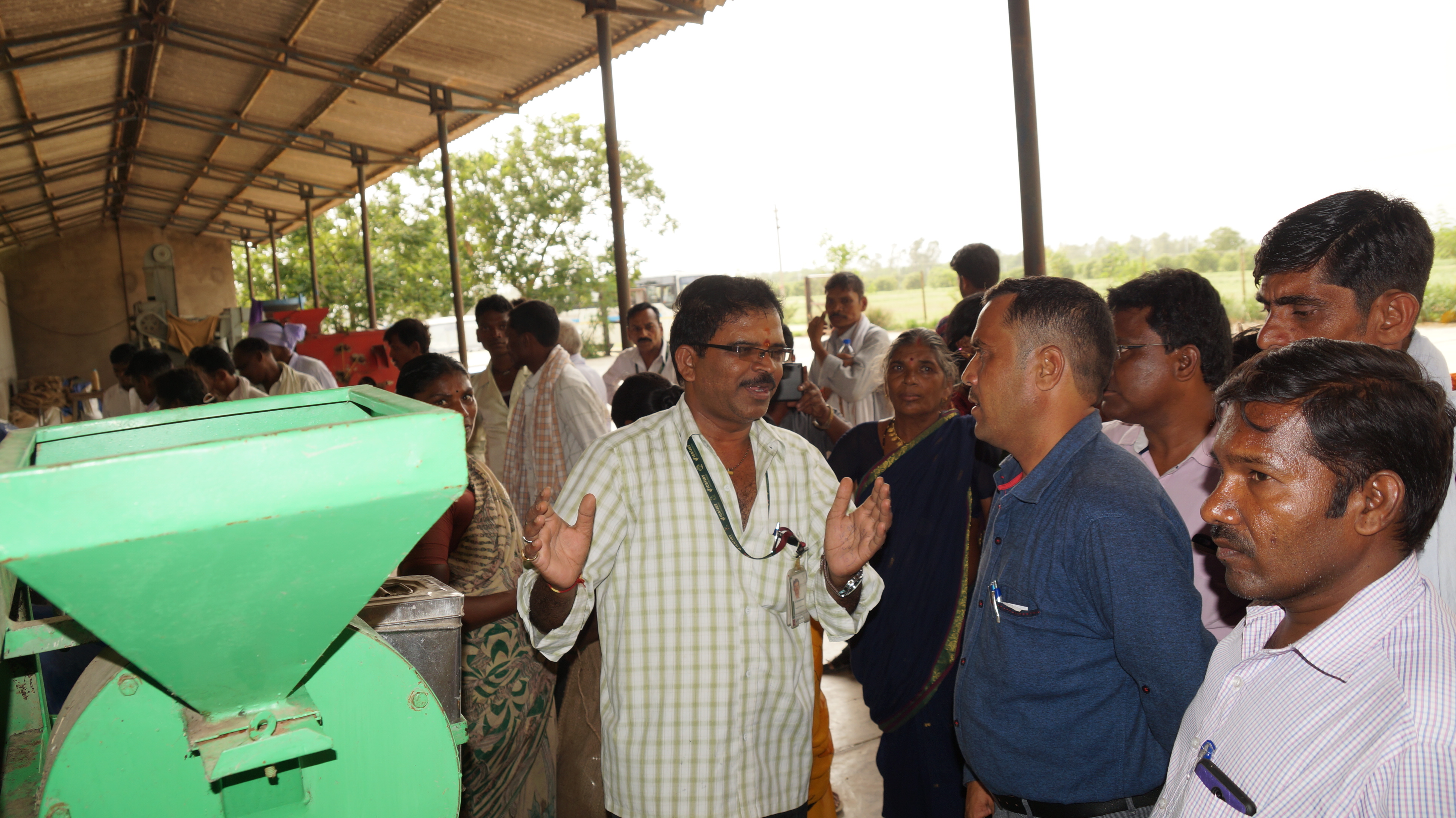 A detailed session on the package of practices for best yields in pigeonpea was held. During the training, the farmers interacted with Dr Sameer Kumar, Senior Scientist, Pigeonpea Breeding, on crop production practices and the problems of pigeonpea cultivation. The discussion included comparing economics of cotton and pigeonpea cultivation and it was suggested that pigeonpea can be more profitable than cotton if due care is taken. The farmers were updated on the benefits of using improved seed varieties like Maruti and Asha, which had better yields and economic returns.

Their queries on the challenges they face in crop production due to wilt disease, fog, erratic weather, etc., resulting in reduced yields, were addressed and solutions provided by ICRISAT scientists. Farmers also explained that most of the time they are forced to sell due to lack of storage facilities and for financial reasons. It was suggested that processing to make dal (spilt pigeonpea) can be explored, so that farmers can earn higher income. The group saw the demonstration of the dal mill (processing unit) where the technicalities and the functionalities of the mill were explained. It was also proposed to form Farmer Producer Organization (FPO) which will have collective bargaining power. AIP offered to assist them in the FPO formation.

The group was briefed on market linkage opportunities and the various storage techniques available. In the process, positive case studies were shared, such as the good package of practices followed by the farmers at Tandur, where the crop is sown over large areas.

AIP will work closely with the Integral Tribal Development Agency (ITDA), Utnoor, to provide necessary support to these farmers. Proposed interventions are:

A group of 30 pigeonpea farmers visited ICRISAT on 20 May. The tribal regions are some of the most backward regions, and the farming systems practiced are largely traditional, using local indigenous seeds which have low yields, thereby resulting in a not-so-profitable agricultural outcome.