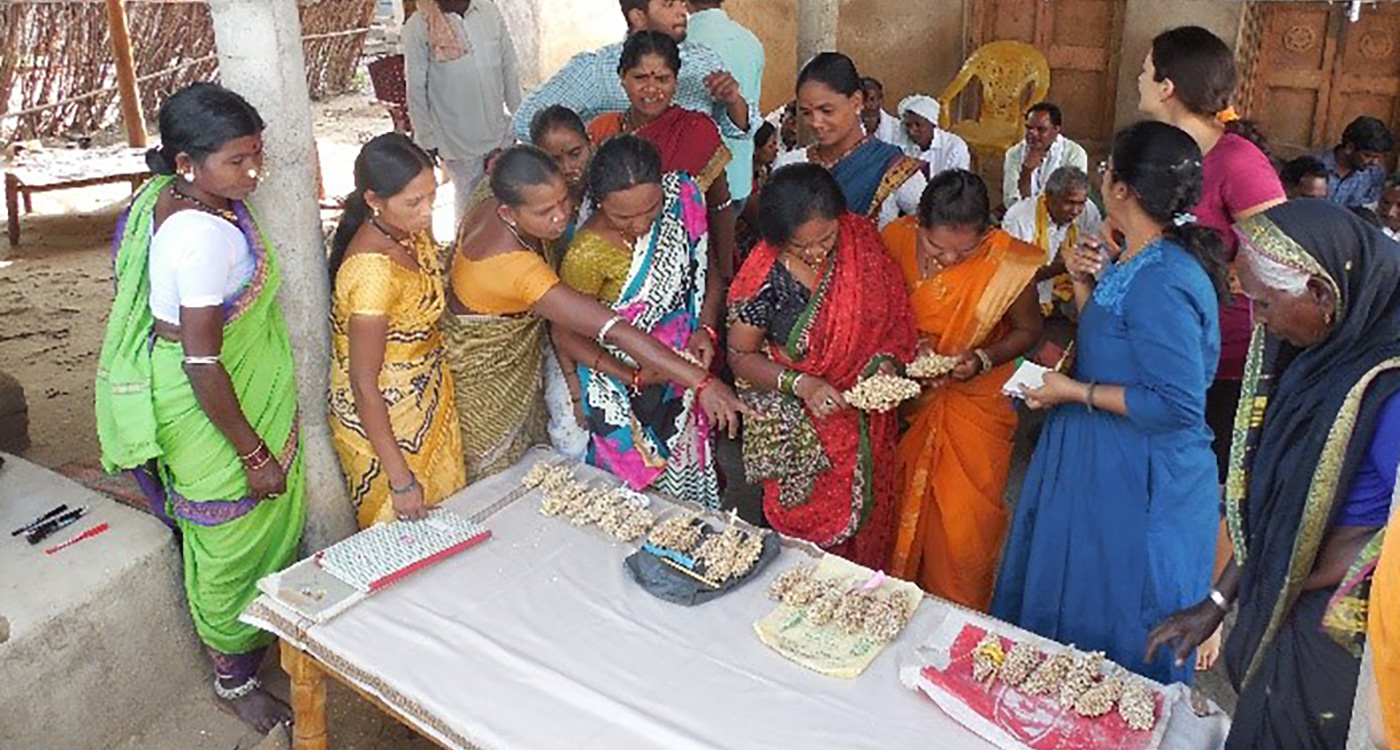 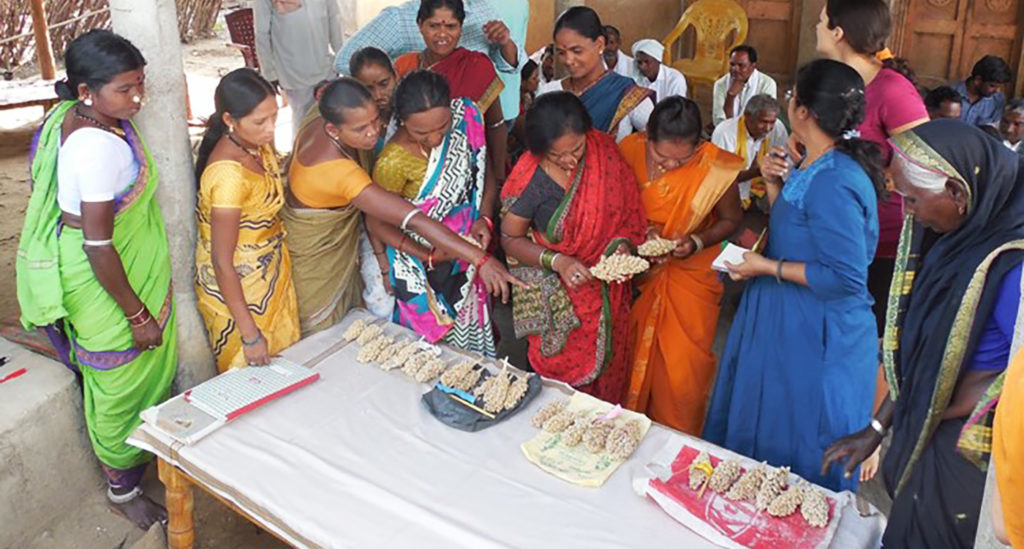 Adilabad district in Telangana, with its dry deciduous forests, is home to several tribal groups for whom agriculture is the main source of livelihood. Tribal landscapes here are predominantly rainfed agro-ecosystems with the economy being primarily farm-based. Long-term climate analysis indicates a high climate risk (such as drought, irregular rainfall and degraded soils) in the district.

Besides several economic, environmental, social, and health-related challenges, smallholder and marginal farmers are also trying to find a balance between producing high-yield crops that meet their requirements, and keeping their cultural heritage alive. Together with a team of partners, ICRISAT has been working in this region to support the farmers in achieving their goals.

Sorghum (jowar) is the staple diet of the tribal population. To them the crop is not merely a food; it is an important part of their culture and identity. Therefore, it is crucial to understand the sorghum system, the farmer’s needs, and the role of socio-economic context for adoption of cultivars.

As part of a pilot study to design a strategy for testing the potential of suitability and adoption of on-shelf sorghum varieties, ICRISAT and the Centre for Collective Development (CCD), presented 18 elite Rabi sorghum cultivars grown on-station under low-input conditions to the farmers. The farmers selected a few varieties based on their preferences. The selection process was complemented by production and nutritional analysis of the crops. Finally, four cultivars were taken further for farmer participatory varietal selection with eight farmers from Utnoor mandal. The team from ICRISAT’s Innovations Systems for the Drylands – System Analysis for Climate Smart Agriculture (ISD-SACSA) closely monitored the on-farm trial and recorded the farmer preferences. 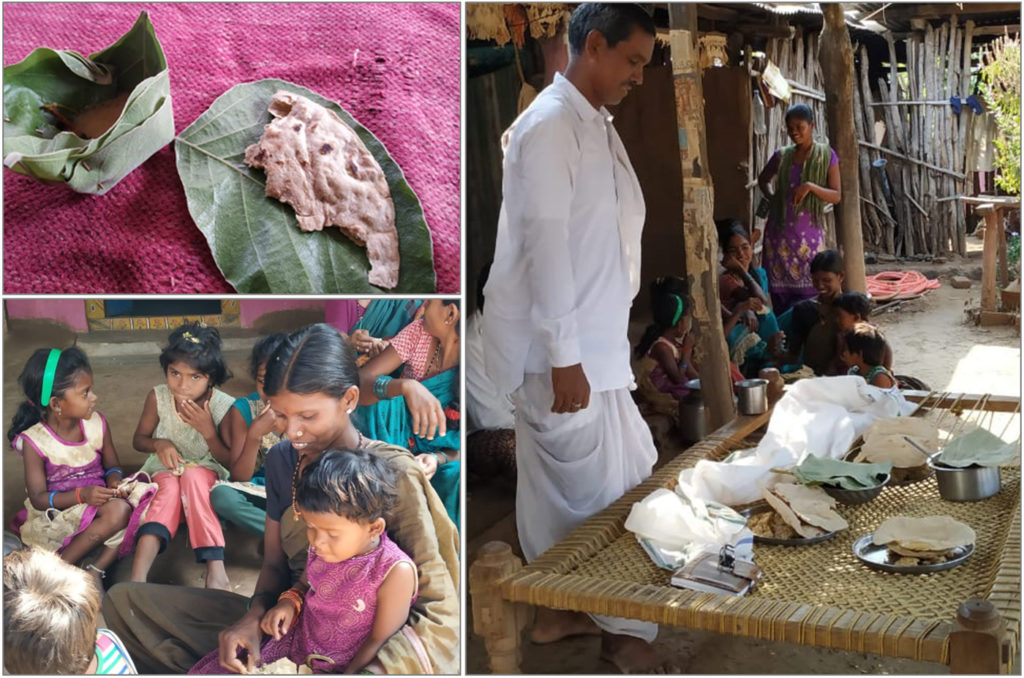 After harvest, the team traveled to Utnoor to talk to the farmers, spending a weekend tasting rotis and upma made from the harvested grains. The farmers preferred CSV 22R for its fodder quantity and Phule Chitra for its prolific branching and the compact panicles. “Phule Chitra, CSV22R and M35-1 are better than the hybrid sorghum we usually grow,” said farmer DondiRam from Chintakara village. “Roti and jonna annam (sorghum cooked like rice) of CSV22R and Phule Chitra are aromatic and tasty,” he added. Their children too preferred the same varieties. Several farmers preferred Phule Chitra for grain and CSV22R for fodder.

These cultivars will be used for upscaling the project. Additionally, the farmers were trained to produce their own seeds.

Earlier, farmers had expressed their preference for pure landraces as food and fodder. However, these landraces are either contaminated with a hybrid gene pool or have disappeared over time. Also, the yield potential of landrace is very low, they are sensitive to diseases (eg, charcoal rot). Despite this, the landraces are preferred over the hybrid for the grain taste and therefore suitability for making sorghum products (khichdi and roti). Farmers who own livestock mentioned that their animals do not like the stover of the existing hybrids. These findings show that hybrid sorghum does not meet the local needs, yet no other commercial products are currently available.

With support of the Government of India, the sorghum project will be scaled up across the Adilabad region. Focus of the next steps will be refinement of the product concept, such as improvement of the fodder quality, in order to facilitate adoption of new sorghum varieties. Furthermore, local capacities will be created to conserve the pure seeds of landraces, while multiplying and storing the preferred cultivars at the farmer communities and local NGOs.

Through targeted sustainable crop-livestock interventions, ICRISAT aims to improve the nutrition and socio-economic well-being of the tribal farming communities in Adilabad.

This work was carried out as part of the project Nutri-Food Basketat AIP, ICRISAT, in collaboration with Imperial College, London (Dr Elisabetta Aurino) 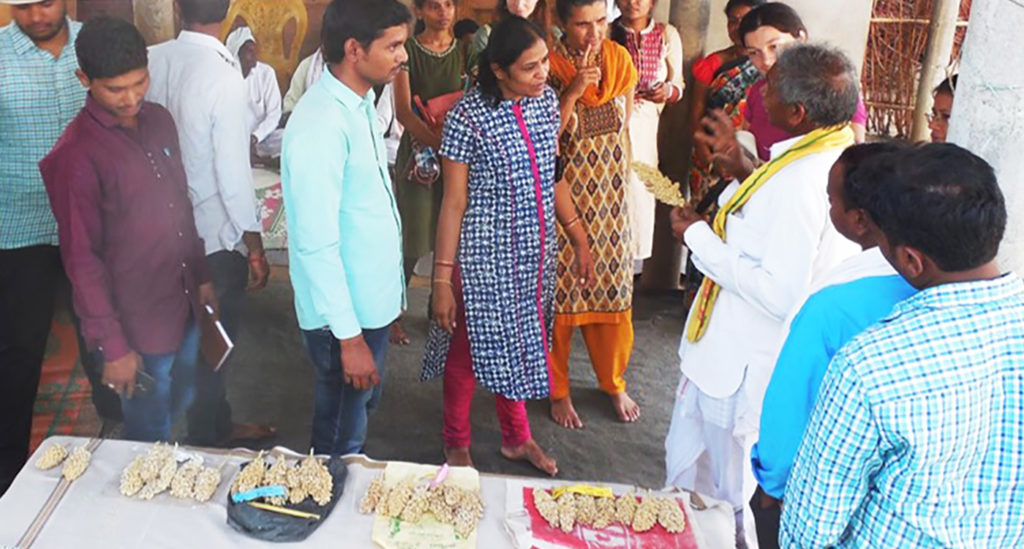