Water impact: When over 15,000 tanks were restored, how did lives of smallholder farmers change? – ICRISAT
SCIENTIFIC INFORMATION BY:
Topics
Crops
Location
Systems
Resources 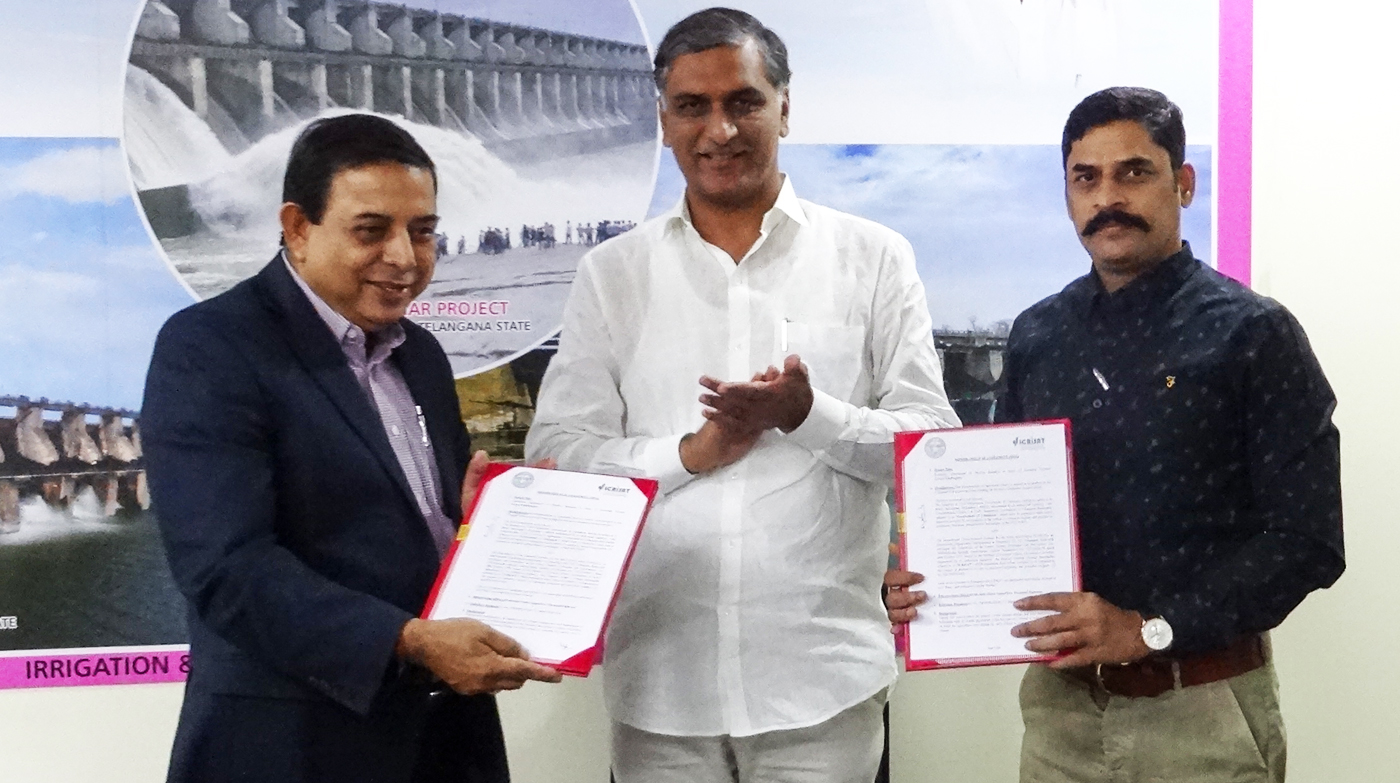 A unique mission of the state government of Telangana in India, that aims to restore over 46,000 tanks across the state, will now assess the impact it is making. With over 15,000 tanks, restored, the soil, water changes as well as how lives of smallholder farmers have been impacted will be assessed by ICRISAT.

The ‘Mission Kakatiya’ of the Government of Telangana aims to improve minor irrigation infrastructure, strengthening community based irrigation management and with a comprehensive program for restoration of tanks. This scheme aims to restore around 46,531 tanks enumerated by the irrigation department. In Phase 1 and 2 of the project over 15,000 tanks have been restored.

An agreement for a scientific assessment of the impact of the first two phases of this initiative, was signed in August 2018, between the Ministry of Irrigation, Government of Telangana and ICRISAT.

Speaking at the formal signing, the Minister for Irrigation, Government of Telangana, T Harish Rao said, “There are a number of reported benefits including reports on in-bound migration following the desilting of water tanks. We look forward to understand also how the change in availability of water has affected reverse migration. We need to look at many parameters including sustainability, more than just in monetary terms.”

The partnership was signed by G Malsur, Commissioner Common Area Development Authority, Ministry of Irrigation and Dr Kiran K Sharma, Deputy Director General, (Acting), ICRISAT. “ICRISAT very much values the partnerships with the Government of Telangana in its development agenda,” said Dr Sharma. “This partnership project has immense significance in enumerating various benefits of the Mission Kakatiya Project, especially in promoting soil fertility and productivity, and the associated benefits on livelihoods of the smallholder farmers of Telangana.”

The two-year project will carry out economic assessment of benefits of ‘Mission Kakatiya’ to smallholder farmers to understand nutrient return to the soil and the productivity and profitability.  Through stratified sampling, nutrient content of silt from across 30 districts will be assessed.  Demonstration trials will be undertaken with different levels of silt along with balanced nutrient management for major crops. Overall 750 sites will be examined for soil and water health, besides crop diversity and impact on livelihood. Dr Girish Chander, Scientist, ICRISAT – IDC, who has been working on towards this initiative will work with the team to also analyse the silt made available for application on its suitability for and impact on farming in this region.