We have talented farmers! – ICRISAT 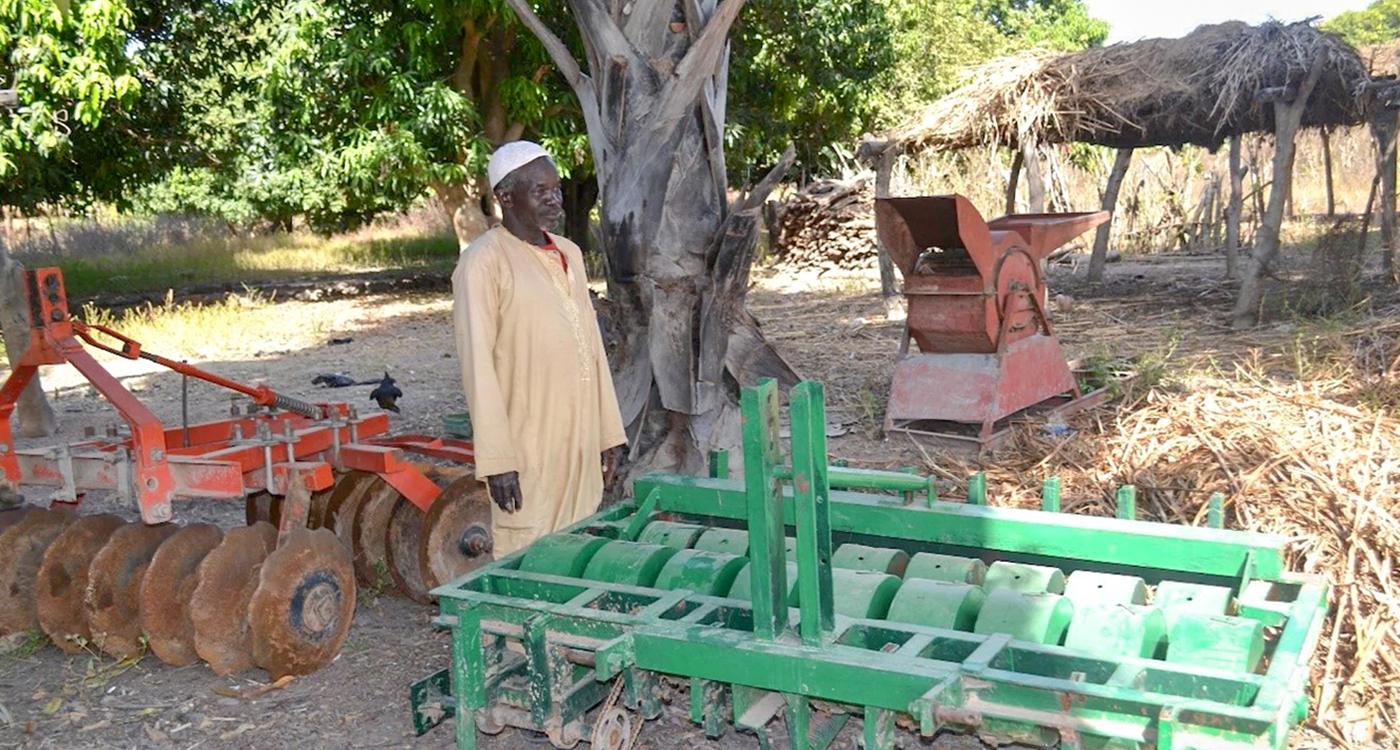 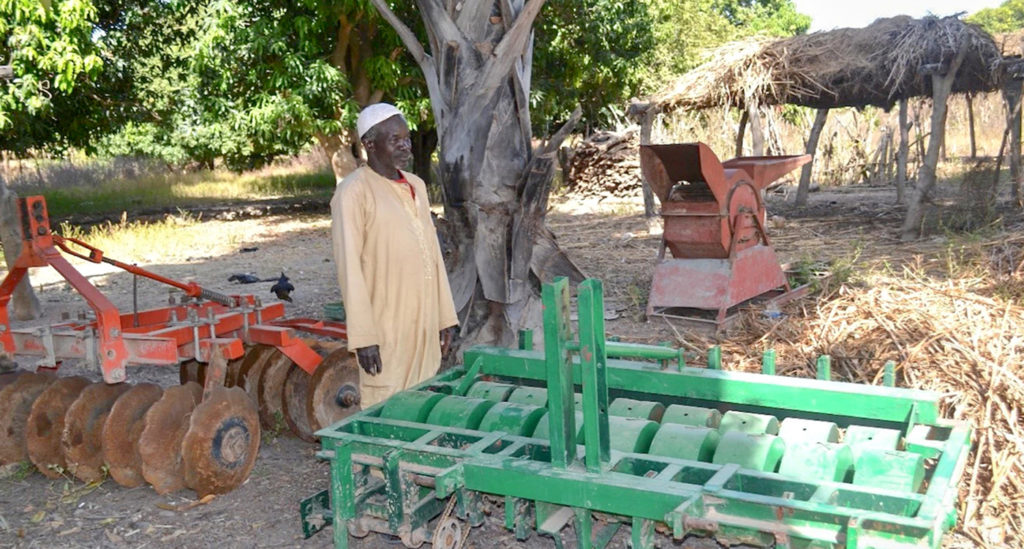 Oumar Koné took advantage of USAID funded training in microdosing to create his own technology and is using the profits to help his community. Photo: N.Diakité, ICRISAT

Innovator, champion and change leader
Oumar Koné is not only a seed producer and a farmer, he is an innovator. When Koné joined USAID’s Feed the Future-funded Farmers’ Field School he put all his energy and ability into learning. Very focused and detail-oriented, Koné did not limit himself to fertilizer microdosing technology. Like all good students, he went above and beyond to do more with the knowledge acquired.

Fertilizer microdosing is not a new technology in West Africa and Mali. Although results show consistent yield increases, farmers report that microdosing is time consuming and laborious. Researchers have looked at packaging the correct dose of fertilizer to address these concerns. Koné found his own way to adapt the technology. “I thought of a mechanical seed drill with nine hoppers for the placement of fertilizer along with millet, sorghum and cotton seeds,” explains Koné.

Koné shared his idea with a blacksmith in his village of Diambala, Sikasso Region, and they refined the concept through testing. “We kept trying until we got a good model for the seed drill. It is a multifunctional seed drill that can cultivate up to five hectares per day. Using this machine, I have reduced the quantity of fertilizer applied per hectare, manpower employed, and time dedicated to sowing. As a result, I have increased our household cultivated area from 20 hectares to 40 hectares. I also rented the machine to other producers during the following cropping seasons.”

starting with a simple training and demonstration plot, Koné innovated in fertilizer application and doubled his production with improved varieties of sorghum (Grinkan, Sewa and Fadda.) He has earned up to US,200 in the past three years. Koné is helping others while he helps himself. He has become an improved seed supplier to his fellow farmers and has used US,645 in profits from renting the seed drill to build a well for his village.

Several households in the village benefit from potable water.

“Before, women and girls in the village had to walk long distances away from the village in search of water. During certain times in the year this pond used to be completely dry,” said Koné. Thanks to the well, nearly 30 households in his village have benefited from potable water since 2017. Koné has also purchased a thresher for US,100, which he rents to other cereal producers for threshing millet, sorghum, and maize.

Farmer Field Schools like the one Koné attended are part of Africa RISING’s large-scale Diffusion of Technologies for Sorghum and Millet Production Systems (ARDT_SMS) activity. From 2014 to 2019, seed multipliers under USAID Feed the Future ARDTM_SMS supervision have produced more than 403 tons of certified seeds. The Farmer Field Schools approach was used for dissemination of improved millet and sorghum varieties. Many farmers were able to increase their farm yield (51% for Sorghum and 72% for pearl millet), household food and nutritional intake, and income. In total, 261,197 farmers were trained and about 242,348 farmers have applied improved technologies, including fertilizer micro dosing technologies.