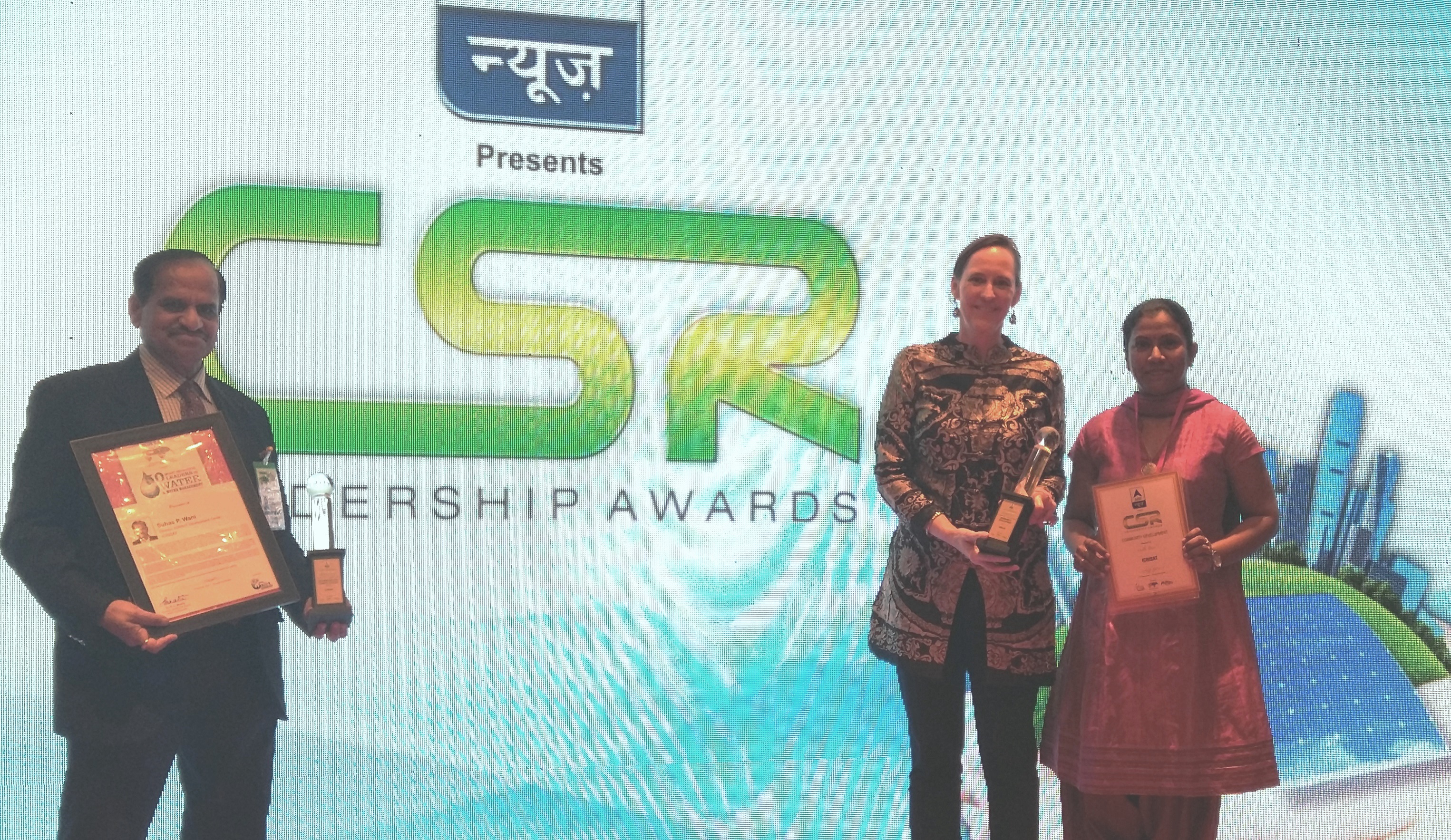 Hyderabad, India (18 February 2016)—  — For its science-backed development the International Crops Research Institute for the Semi-Arid Tropics (ICRISAT) received awards in two categories — Accounting for climate change and Community development at the ABP News – Global CSR Excellence & Leadership Awards. These were announced during the World CSR Congress held in Mumbai, India on 17 February.

ICRISAT’s work on Climate Change Impacts on Agriculture: Adaptation and Mitigation Options for Sustainable Livelihoods is a great example of how climate-smart agriculture can achieve short-and-long-term sustainability in agricultural development while continuing climate change mitigation.

To do this ICRISAT adapted climate resilient crop cultivars such as short-duration chickpea, wilt resistant pigeonpea hybrids and short-duration groundnuts that can survive continuous drought.

“ICRISAT has developed a pool of climate-smart agricultural practices that has been scaled up and shared with the agricultural community through participatory and partnership research approaches by the ICRISAT Development Center supported by a number of corporate donors through CSR and the state and national governments,” said Dr Suhas P Wani, Director of the ICRISAT Development Center.

This model of participatory watershed management is easily scalable and development agencies are finding it very useful in their day to day work. The programs implemented in different regions of India, Thailand, Vietnam, and China have shown significant improvement in all areas:  productivity of crops increased by 43 to 67%, cropping intensity increased by 27 to 60%, surface and groundwater availability increased by 31 to 52%, runoff reduced by 35 to 59% and soil loss reduced by 41 to 68%. This has led to a rejuvenation of degraded lands and a better quality of life for farmers in the region.

For community development, the Parasai-Sindh watershed project implemented by ICRISAT in association with Coca-cola India Foundation, is unique. It revived a traditional water harvesting system known as the “haveli system”, in the Bundelkhand region, between the Indian states of Uttar Pradesh and Madhya Pradesh.  This was critical for a chronically water scarce area.

Low-cost earthen bunds were built across streams to catch rain-water during the monsoon season. This water was then used to recharge open wells and for irrigation during the critical stage of the kharif crop (e.g., groundnut, pulses, etc.). The local communities were involved in the planning, execution and monitoring of the refurbishment of these traditional haveli systems from the beginning. This partnership empowered communities and strengthened the rural livelihood systems.

Special attention was given to address gender related issues by promoting an innovative agroforestry initiative, exclusively for the benefit of girls. For example an initiative to plant 80,000 teak saplings covering more than 60 ha was introduced. Parents with daughters under five years old were given one hundred teak saplings to plant on their land. A fully grown mature teak tree can be sold for more than 20,000 rupees as its wood is preferred for making furniture and in building constructions.

While highlighting the role of ICRISAT Development Center (IDC), Dr Wani said, “The IDC works in collaboration with its corporate partners to benefit millions of smallholder farmers, as well as protecting the environment to achieve sustainable development. It does this by scaling up science-backed technologies to achieve major impact in reducing poverty, hunger, malnutrition and environmental degradation across Asia and Africa.”

All nominees for the CSR awards had to present before a jury of 4 experts before a final selection of winners was made.